We all want the same things in life.   A sense of purpose that brings meaning to our lives and value to our relationships.   The opportunity to make a better life for our families while serving others with kindness and compassion.   All Americans equal in liberty, secure in our safety knowing that all those who we pay to protect us are true and just.   Each of us respecting one another’s beliefs, lifestyles, and opinions peaceably.   Free from the restrictions of an oppressive government by those that we elect to office.   To be granted equal opportunity to obtain the American Dream without worry about the quality of education, health care, or a livable wage; so that we too can reach our potential and better serve America.   The United States Citizen Fund (USCF) works toward these goals by design and provides every citizen with an equal opportunity to prosper in America with the freedom to pursue their aspirations and reach the happiness they deserve.

Governments have evolved out of necessity; created by its people striving to provide for their safety and liberty.   All governments throughout history have struggled to find this perfect balance for its citizenry.   Mandating too much safety brings about tyranny while too many freedoms inevitably will lead to chaos.   Unfortunately, even in this modern era, governments continue to demonstrate their inadequacies in providing for its citizens, and in recent years America too has shown how easily it can be corrupted by tyranny as its citizens have spiraled down the rabbit hole into chaos and mass hysteria.

America’s Founding Fathers clearly understood the challenges of bringing balance to government by the failures demonstrated throughout human history.   The Constitution of America’s democratic republic provides checks and balances on the branches of its government to stave off tyrannical powers.   Additionally, the Bill of Rights was adopted to ensure the freedoms of its citizens would be protected and unbroken.   However, as with all governments, America’s politicians in collusion with elitists have stolen these protections and freedoms from you and will only afford them to their chosen few.

The most significant problem every government must overcome is their elitists manipulating and controlling the citizenry.   When elitists want to gain power or politicians fear they will lose power, they will always create a narrative that divides people one against another.   When power is established with no accountability to a higher authority, then those in power create narratives that endeavor to redefine the values of society.   They play into our most basic primal fears which feeds mass hysteria.   This has been demonstrated throughout the entire history of human civilization but most notoriously in the 20th century with the failures of Socialism and Communism where people were murdered at rates of more than 10,000 per day, every day, for over 5 decades.

We cannot build alliances to solve America’s problems by attacking and blaming each other.   The numerous lies put forth by politicians and liberal elitists have been very successful in the past dividing citizens one against another.   They push their lies to distract us from the truth that they are the ones who have created all of America’s problems that we have to endure.   Politicians know all too well the psychological principle of the Illusion of Truth Effect.   Tell a lie often enough and people will believe it to be true.   It is unconscionable the extent to which Democrats contrive lies, threaten and bully people who are unwilling to believe their lies, and then defend the lies when the truth becomes known.

Fortunately, truth always prevails over lies as they unravel.   When people lie, they must embellish their lie in order to maintain the perception of truth to their lie.   The tangled web they weave will invariably unravel under the weight of their lies.   As the Democratic party’s litany of lies unravels before our eyes and ears, how could anyone ever believe anything a Democrat says?

We will never solve America’s problems unless we seek the truth as to the root causes of each problem and then resolve ourselves to work together and overcome each problem for the good of all.   Success comes when we work together creating equal opportunity for each other, not by the dictates of selective outcomes for the chosen few by a tyrannical government.   You, we, can only overcome our differences by not allowing the elitists and politicians to sweet talks us and fool us into believing they actually care about us.   They never have and unless we can come together as citizens united, they never will.   Only when we decide to take control of our lives will we have the true power that our Founding Fathers gave us through the Constitution and Bill of Rights.

The United States Citizen Fund is designed and works to solve societal issues.   However, without implementing the reform that America desperately needs we will never be able to balance the equality of liberty and security between citizens and government.   Unfortunately for us, the poor decisions made by politicians over the last 60 years has significantly changed the American landscape while creating a $30 trillion national debt making our government even more dysfunctional.   Now, America requires numerous significant changes across every sector of government and society to be restored to the more perfect union that our founding fathers believed America would become and that each of us as Americans truly desire.

Since June of 2000, I have discussed my ideas to fix America’s problems with thousands of people across the U.S. from every walk of life and all have ecstatically praised them.   For more than 20 years, the people I met and talked to said I should run for office to make my ideas a reality.   I would tell them I don’t think I could ever be a politician because I won’t be able to lie to my constituents.   I have made several attempts and offered my ideas to hundreds of politicians from both political parties since 2005 with none showing any interest.   So, I have decided to run for office in Texas’ 37th Congressional District, if for nothing else than to bring public attention to these solutions for America’s problems.   Many of the more important reform ideas that America needs will be presented in the following pages. 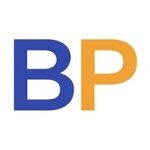 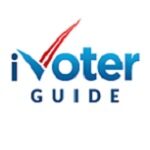 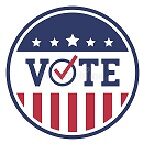 This Site Accepts No Advertisements or Donations